Heller myotomy is the most common surgical technique used to treat achalasia. The surgeon cuts the muscles at the end of the esophagus and at the top of the stomach. In the past, this surgery was performed through a large (open) incision in the chest or abdomen. Currently, the current standard of practice is the Laparoscopic Heller Myotomy, using 4 tiny incisions in the abdominal wall. Patients who undergo laparoscopic myotomy are given general anesthesia, and generally stay in the hospital for one to two days. During the operation for myotomy, most of the surgeons perform an additional procedure called a partial fundoplication in which a portion of the stomach is wrapped around the esophagus to prevent the reflux of stomach contents creating an anti-reflux valve. Dr Papoulas has a great experience in laparoscopic Heller Myotomy and Fundoplication offering to patients the best outcomes with immediate relief of their symptoms and minimal hospital stay.

Image 1. Laparoscopic Heller Myotomy and Partial Anterior Fundoplication. Cross section of the gastroesophageal junction (GOJ) in a patient with achalasia (A). Heller myotomy extending about 5 cm proximal to the GOJ and 2-3cm distally (B). Anti-reflux procedure via an anterior partial fundoplication (C).

Surgeons treat Zenker’s diverticulum when it significantly affects a patient’s quality of life, or causes him or her complications such as aspiration pneumonia, difficulty swallowing or dysphagia. Traditionally, surgeons used to perform the procedure through an incision made on the outside of the neck (transcervically), removing the sac completely (diverticulectomy) and dividing the cricopharyngeal muscle. More recently a minimally invasive transoral approach has become the treatment of choice.  This is an endoscopic procedure in which the surgeon cuts the wall that separates the sac from the esophagus (diverticulotomy). Food that goes into the sac will then flow right into the esophagus. Patients treated with this newer approach have less discomfort and a faster recovery. This procedure is normally done as a day procedure. Dr Papoulas has been trained in this new technique and performs this innovative method in Cyprus. 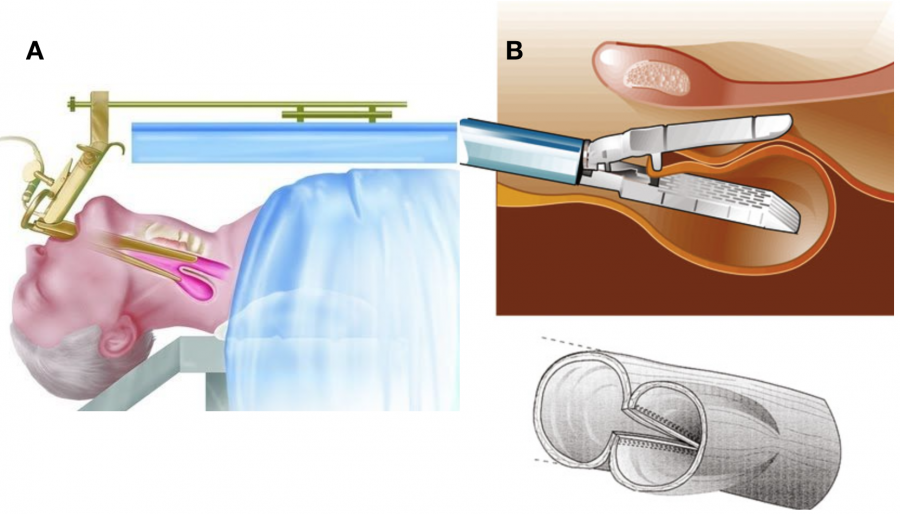 Surgery to remove the cancer can be used alone or in combination with other treatments such as chemotherapy or chemo-radiotherapy.

Esophageal cancer surgery carries a risk of serious complications, such as infection, bleeding and leakage from the area where the remaining esophagus is reattached to the stomach. 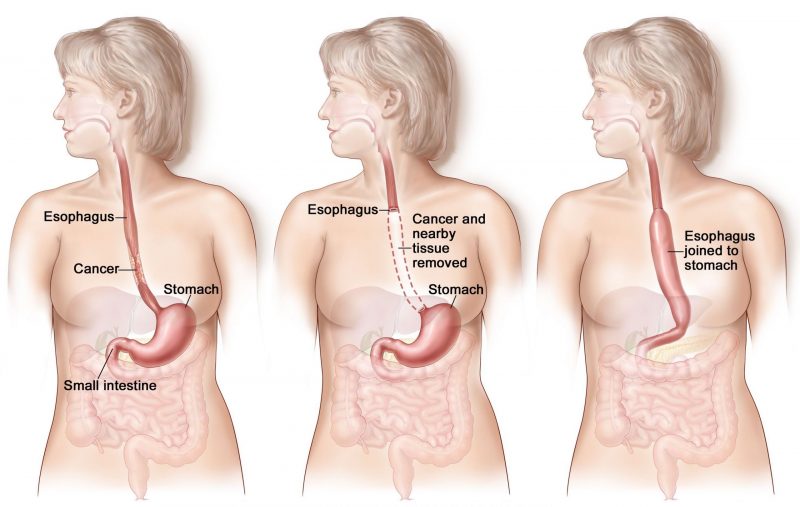