Radical nephrectomy is an operation to remove the whole kidney that has disease or a suspected cancer. The kidney is removed together (en bloc) with the surrounding fatty tissue, lymph nodes, the adrenal gland and upper end of your ureter (tube carrying urine from the kidney to the bladder). These are taken out to increase the likelihood of removing all of the suspected cancer cells. The remaining kidney will take over the function of your removed kidney to filter your blood and to produce urine.

The most common type of surgery for the treatment of kidney cancer that has not spread beyond the kidney is the laparoscopic radical nephrectomy. It is performed through 3 or 4 tiny incisions (5-12mm) and it has clear advantages from the traditional open technique including less blood loss, less pain after the operation, shorter length of stay and smaller scars. The average length of stay following laparoscopic radical nephrectomy is 2 days.

Dr Papoulas has a great experience in both laparoscopic surgery and nephrectomies. He is the kidney transplant surgeon in the Nicosia Transplant Unit and he performed the first purely laparoscopic donor nephrectomy in Cyprus in August 2020. Dr Papoulas is also a referral point for patients with locally advanced renal cell cancer with tumour thrombus within the inferior vena cava (IVC). 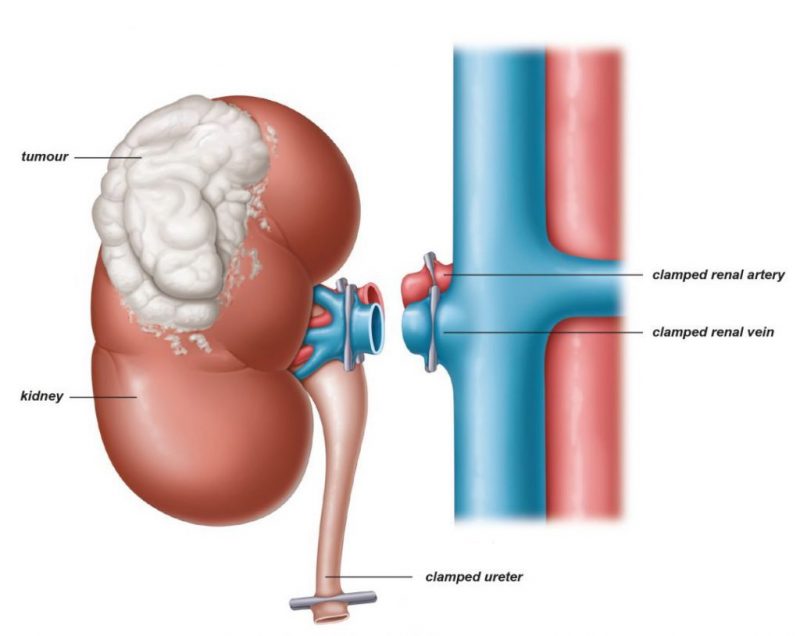 In a partial nephrectomy, also called kidney-sparing (nephron-sparing) surgery, the surgeon removes diseased tissue from a kidney and leaves healthy tissue in place. It is usually done to remove a small tumour, a complex cyst or other abnormality. It could be either performed via the traditional open or laparoscopic approach. Partial nephrectomy is a major operation and sometimes it could me more demanding than performing a radical nephrectomy. 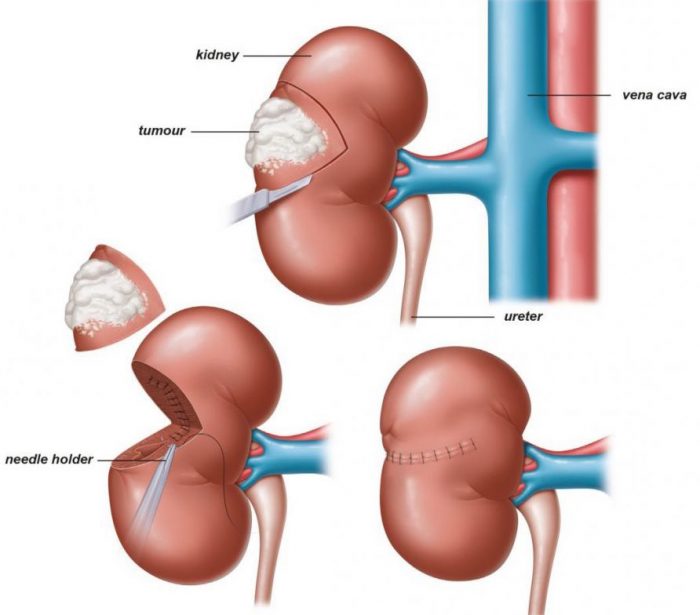 Image 2. Partial Right Nephrectomy. Sparing of the healthy renal parenchyma and suturing of the resected edges under inflow control of the vessels at the hilum.